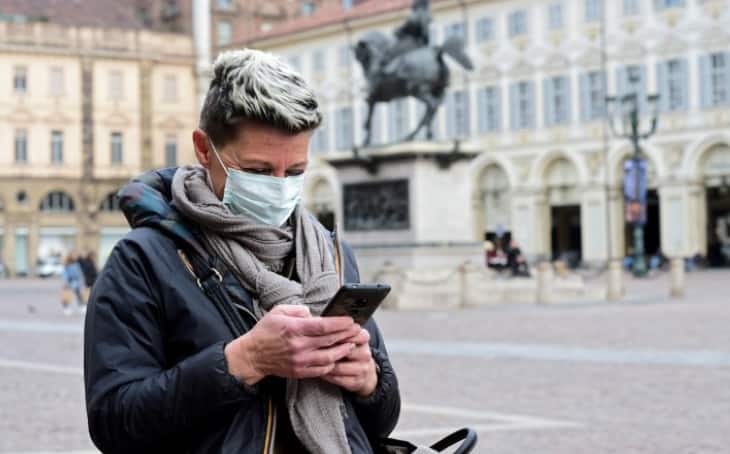 
The Italian government threatened on Wednesday to ban all outdoor movement as coronavirus deaths rose to 2,978 and frustration over the number of people opposed to a nationwide blocking regulation. The national death toll has risen by 475 in the last 24 hours, the largest increase since the first outbreak on February 21. The total number of confirmed cases increased by 4,207 to 35,713.

Italy was the first western country to place strict restrictions on the movement to contain the disease. But a week after the curbs were introduced, the disease is still spreading and the hospitals in the north are at the break point.

The northern region of Lombardy, which is at the forefront of the fight against the breathing pandemic, recently asked retired health workers to get back to work and help colleagues overwhelmed by the crisis.

“I heartily appeal to all doctors, nurses and medical personnel who have retired in the past two years … to help us in this emergency,” said Regional Governor Attilio Fontana at a press conference.

“I believe that in the coming hours we need to consider the possibility of a total ban on outdoor activities,” Sports Minister Vincenzo Spadafora told RAI.

The government’s ban prohibited all non-essential travel, but allowed people to do daily individual exercises if necessary. To enforce the restrictions, the police stopped more than a million people last week and booked almost 43,000 for breaking the rules, the Interior Ministry said.

“If the call to stay at home is not heeded, we must impose an absolute ban,” he said.

The actual number of deaths could be much higher than the official number after it emerged that deaths in nursing homes – where dozens of patients die every day – are not registered as coronavirus deaths because none of the patients are tested.

“There are a significant number of people who have died, but whose death has not been attributed to the coronavirus because … they have not been swabbed,” said Giorgio Gori, Mayor of the City of Bergamo, one of the worst affected areas.

While many Italian cities have been largely empty over the past week, photos of public transportation in the financial capital of Milan have been posted on social media, suggesting that some people are working again.

“Every time you leave your home, you put yourself and others at risk,” said Fontana.

Lombardy, like many regions, is hurrying to build temporary hospitals to add much-needed intensive care units. However, the move is made difficult by the fact that doctors, nurses and hospital owners themselves get sick. Some have died.

The Gimbe Foundation research group used data from the National Health Service to report that between March 11 and March 17, 2,529 health workers were diagnosed with coronavirus – 8.3% of the total national number of coronavirus cases.

Officials warned that if the frequency of new cases did not slow down in the coming days, they could extend the existing ban, both in terms of the type of restrictions and how long they would continue.

In successive decrees earlier this month, the government ordered restaurants, bars, and most shops to be closed by March 25. She also closed schools and universities and urged everyone to stay at home unless necessary until April 3.

Since the restrictions were last tightened on March 12, the number of deaths has more than tripled.

“I do not know if the measures will be extended beyond April 3rd. We will make a decision based on the numbers and events. I cannot rule this out. We will see it in the coming days,” said Infrastructure Minister Paola De Micheli.