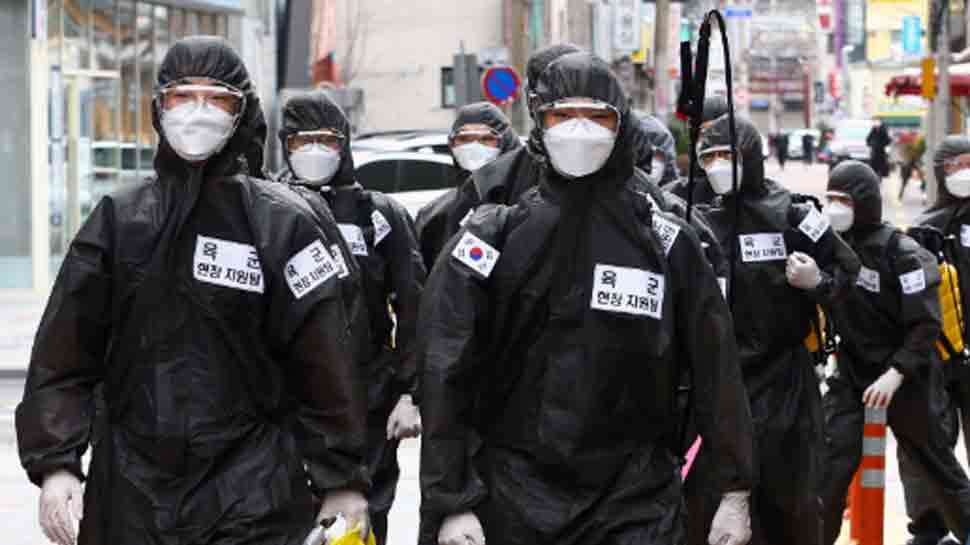 Is South Korea’s ‘Patient 31’ responsible for the spread of coronavirus across country?


A mysterious Christian cult belonging to Shincheonji Church of Jesus has been linked to the spread of coronavirus in South Korea which one of the most affected countries due to the deadly virus. She is said to be the 31st patient of South Korea who travelled crowded places before being diagnosed and is held responsible for the widespread of the virus.

As per Reuters, the 31st patient came into contact with around 1,160 people after she was infected with the virus.

The South Korea government claims that the church is liable for their refusal to cooperate in the emergency situation and few others in the country have also blamed the church’s secretive nature and tightly packed conditions for the spread of the disease.

The New York Times says that ”the organization (Shincheonji Church of Jesus) has become a lightning rod for the public’s wrath and a ready outlet for longstanding prejudice.”

According to the Korea Centers for Disease Control & Prevention (KCDC) reports 63.5 per cent of all confirmed cases in the country were ”related to Shincheonji”. The Korea Centers for Disease Control & Prevention also stated that they had obtained a list of 9,300 people who had attended those two Shincheonji church services, around 1,200 of whom had complained of flu-like symptoms after which hundreds of cases were confirmed, reported Reuters.

The Shincheonji church which was founded in 1984 by Lee Man-hee and the religious group is often referred to as a cult has over 120,000 followers.

On Tuesday, South Korea reported 74 new coronavirus infections with a total of  8,236 cases which makes it the country with the highest number of cases after China, Italy and Iran.

In the wake of the increasing number of cases, South Korea has adopted tougher border checks for visitors from Europe, similar to its rules for travellers from China and Iran. Special drive-through clinics have been set up in the country. More than 196,000 people had been tested as of Monday morning, reported the New York Times.