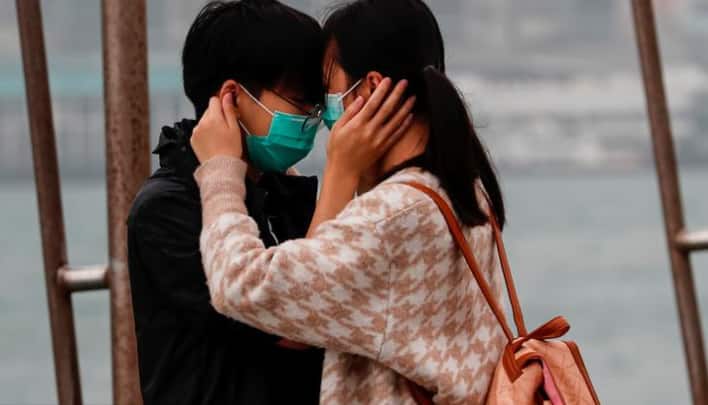 
New Delhi: Amid reports that coronavirus outbreak has “almost seen its end” in China, divorce rates in the country have risen significantly because ‘couples are spending too much time together at home’ during self-isolation, said a Mail Today report, citing register offices across China.

The report quoting Lu Shijun, manager of a marriage registry in Dazhou, Sichuan Province of south-western China, said that over 300 couples have scheduled appointments to get a divorce since February 24.

Lu reportedly also told the local press”The divorce rate [in the district] has soared compared to before [the coronavirus outbreak],” explaining that “Young people are spending a lot of time at home. They tend to get into heated arguments because of something petty and rush into getting a divorce.”

Chinese officials reportedly say that the sharp increase of divorce requests could be caused by the fact that partners have spent too much time in close quarters under quarantine.

Marriage registration offices in Xi’an of Shaanxi Province in north-western China also witnessed an unprecedented rise of divorce appointments since re-opening on March 1, the report said.

Scientists have reportedly been debating about whether spending time in close quarters is beneficial for couples.

Notably, cities around China have ordered their citizens to self-isolate for over a month to prevent the spread of coronavirus.

China on Sunday witnessed a mere 8 new cases-the lowest since the outbreak first started in January, while Coronavirus panic has tightened its grip worldwide.

Meanwhile, overall confirmed cases on the mainland had reached 80,860 by the end of Sunday, including 9,898 patients who were still being treated, 67,749 patients who had been discharged after recovery. At least 3,213 people died of the disease.